Bearded politics – Will Jeremy Corbyn’s beard hold him back?
May 17, 2017 by Tom Rowley 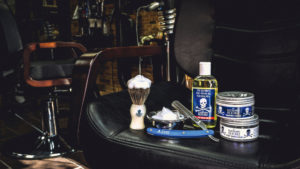 Can the Labour leader Jeremy Corbyn become the first bearded prime minister since Robert Gascoyne-Cecil, the 3rd Marquess of Salisbury, who resigned in 1902?Well recent research from The Bluebeards Revenge male grooming brand suggests that Mr Corbyn might be on a sticky wicket, but it’s not down to his polices, it’s his facial hair that could prove to be the main barrier.

A recent survey of 2,406 people revealed that 69% of respondents do not like male politicians with facial hair. This feeling was particularly strong amongst female respondents, with 74% of those surveyed citing beards as a vote loser.

Other reasons why survey participants liked the clean shaven look ranged from “it made a politician appear more inclusive and approachable” to “it comes across as less aggressive”.

Nick Gibbens, spokesperson for The Bluebeards Revenge, said: “A lot people associate beards with what happens after you lose a campaign and you let yourself go. Despite the recent boom in men sporting facial hair, our research suggests that beards in politics are still seen as unprofessional, are considered lazy but perhaps even more worryingly, make a politician appear less trustworthy as it appears as they are trying to hide something.”

Mr Gibbens said there was still hope for Mr Corbyn on June 8th, but suggested that history was not on his side.

He explained: “Previous Labour administrations saw a number of bearded Cabinet ministers, with the likes of David Blunkett and Robin Cook finding facial fuzz no barrier to a high profile job in Government. But Alistair Darling did shave his beard off, amid widely reported rumours that the razor was wielded on the advice of New Labour image-makers.

“Margaret Thatcher’s time in charge of the country was a very low point for the political beard, with the then prime minister reported to have said she ‘wouldn’t tolerate any minister of mine wearing a beard’.”

A YouGov poll in March found that “beards are growing on the British public”. In 2016 almost a fifth of men flaunted a full beard, up by seven percentage points from 2011. Among 18- to 39-year-olds, 61% sported some form of facial hair.

The Bluebeards Revenge spoke to some of the leading experts in the hairdressing and barber sectors to get their opinion on beards in politics.

Here is what they said:

Keith Conniford – CEO/Registrar Hair & Barber Council
“In the last 12-24 months beards have become a fashion statement for men. Prior to this, the beard was perceived as an “un-kept” look, which is why I believe we haven’t had a bearded PM for over a century.”

Mike Taylor, head educator at the Great British Barbering Academy and co-founder of the British Barbers’ Association
“I think since the 1900s beards have been more of a fashion statement – hippies, hipsters, goatees and the 80s moustache spring to mind. So I would say the PM is seen as a serious person and should not be fashionable for people to trust the land in their hands. Today you still see that a lot of companies will not allow a beard which is bonkers. I would say the most trendy PM we have had was Tony Blair and that is not saying a lot.”

Matthew Batham, Editor of HJ Men
“Perhaps in the past beards were seen a obscuring someone’s face, suggesting there was something not to be trusted about them, but for the past few years beards have become a fashion statement again, sported by young on-trend guys. I don’t think Jeremy’s rather neat facial hair will scupper his chances. Perhaps he could try some beard oil or conditioner to give it a healthy sheen for all those TV appearances.”

Tom Chapman, an award winning barber and founder of the Lions Barber Collective
“I think when a politician is clean shaven it shows they are serious about their role and are committed to their appearance and position. Sometimes a beard can seem like they are hiding something behind all that hair. Clean shaven says ‘I mean business’.”

For more on BlueBeards Revenge products, visit their website or H&B to buy online.