Ever tried pilates? Here’s why you should
March 14, 2017 by Tom Rowley 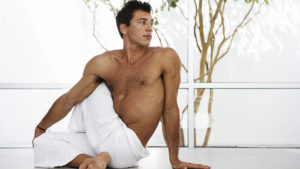 Pilates is a series of exercises designed to strengthen the deep muscles of the ‘core’ (abdominals, hips and lower back) while stretching and lengthening the more superficial muscles. This leads to a more balanced physique, with a greater ease of movement and better posture, and this effect of balancing the body not only makes it a more efficient ‘machine’, but greatly reduces the risk of injury.
The name referred to the ‘core’ muscles as the body’s ‘powerhouse’, and indeed strength is required if you want to produce explosive power
and speed. But that’s not all: it’s underpinned by a deep understanding and awareness of how the body works, and gaining this awareness effectively puts you in the driver’s seat when it comes to your training. ‘It is the mind that builds the body,’ as Pilates himself put it.

What are the benefits?

Where to begin? If you’re injured, Pilates is a low-impact – often no-impact – and very effective technique that many physiotherapists build into rehabilitation programmes: especially for lower-back pain and injury; if you’re a couch Pilates is great for strengthening core muscles, and helping your body work efficiently
potato, Pilates will make you more comfortable in your body, alleviating any pain you may have; if you play sports, Pilates will very quickly improve both your technical performance and stamina; and if you compete athletically, Pilates has been shown to provide that extra ‘edge’ you need – effectively taking what you’ve got and giving you a little extra ‘wallop’. Last summer, Fulham FC became the latest premiership club to announce it had turned to Pilates to help face the challenges of the Europa and Premier Leagues. Fulham skipper Danny Murphy said: ‘We haven’t been here before, so there’s a couple of different things we have to cater for. One is getting fitter that bit earlier than normal… so we’re doing specialist work, Pilates stuff. The lads are getting into it now.’
In terms of anatomy too, Pilates has relevance for men. Men have a higher muscle mass than women, and narrower hips, so they’re usually less flexible and stiffer in the hips and lower back. This can lead to imbalance and a heightened risk of injury, and is another good reason for fellas to try it out.
‘The benefits are extensive,’ says Karl Guest, a health club manager at Living Well, Milton Keynes, and trained Pilates instructor. ‘Extra core strength improves posture, blood flow and general fitness, helps prevent injury, and makes the body work more efficiently, meaning you get better results from less effort.’
And this efficiency can reap serious rewards. Let’s put it in context. In 2004, after studying the legendary ‘abbreviated’ serve of Andy Roddick – who still holds the world record for fastest ever serve, at a stonking 155mph – researchers from Southern Connecticut State University found that adding Pilates mat training to his training might take his serve velocity even higher. In the study, male tennis players added an average of 4mph to their serve in a six-week period when Pilates matwork was added to their training regime, compared to no discernible increase in serve speed in the control group.Kimberly Sewright, who completed the study, doesn’t believe it was only improved muscular endurance that affected the power of service either: ‘I think it had to do with other things that you get with Pilates, like concentration, coordination and body awareness.’