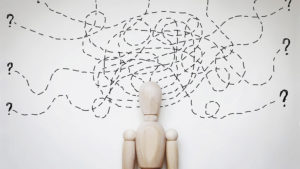 It’s National Stress Awareness month, so if you’re in need of a short-term fix for stress relieve, here’s what you can do in less time than it takes to make a restorative cup of tea

In a study that tracked 1000 adults in the USA, every major stressful life experience – from financial difficulties to family crises – increased the risk of dying early by 30 per cent… except for in that group that spent time caring for or helping out friends, neighbours and people in their community. If you’re worried, take 30 seconds to check on someone else: you may benefit most.

Scientists call giving to charity ‘prosocial behaviour’ and point out that it’s often as beneficial for the giver as the recipient. But there’s a good reason to sponsor your workmate’s marathon effort, rather than setting up a random standing order. In a study published in the International Journal Of Happiness And Development, volunteers who were told they had a personal connection to charities they donated to felt more satisfaction, and less stress, than those chipping in to a faceless endeavour.

Focus on the upside

Remember: a certain amount of stress will help you to perform better. In psychology, the link between stress-related excitement and performance is called the Yerkes- Dodson law. As a general rule, elevated stress levels improve performance but only up to a point – and low levels of stress can be detrimental too. Remind yourself that stress exists for a reason, and use it to stay on your game.

If you’re stressing out at 3am, when you should be asleep – do what the Team Sky cyclists do, as advised by Professor Steve Peters, author of The Chimp Paradox (Vermilion, £12.99). Your ‘inner chimp’ is the irrational part of your mind – it can’t be overpowered, but it can be reasoned with. So tell it that if it’s still freaking out by morning, you’ll take steps to address the problem. Until then, time for shut-eye.

It may sound a bit hippy-dippy, but it isn’t. In through the nose and out through the mouth, and exhaling slowly is the key: there’s some evidence this activates the parasympathetic nervous system, buffering the effects of stress.