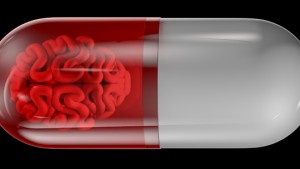 These little fish are rich in EPA and DHA oils, the latter of which is the primary fatty acid in the brain. One study found taking DHA may improve learning and memory in older adults while offsetting age-related cognitive medicine.

One of the best-selling supplements in the UK and USA, this herb is widely ingested for aiding cognition. Gingko biloba has been found by multiple studies to improve processing speed, reaction time, memory, slow cognitive decline, and is often prescribed to dementia patients.

Your brain’s energy requirements are supplied by a molecule called ATP (adenosine triphosphate). Creatine, abundant in red meat, effectively ramps up ATP production by binding with phosphate to create phosphocreatine, which your brain gobbles up when deep in thought. In a study by the University of Sydney, vegetarians were given oral creatine supplements for six weeks, which resulted in a significant positive effect on both working memory and intelligence.

Researchers at the University of Reading and Peninsula Medical School discovered these flavonoid-rich berries increase communication between neurons in the brain, stimulating regeneration of brain cells.

Commonly used in Chinese medicine, a review of clinical trials in the journal Phytomedicine found rhodiola rosea ‘may have beneficial effects on physical performance, mental performance, and certain mental health conditions’, while also being neuroprotective.

This veg has lots of folate, which counteracts the amino acid homocysteine – high levels are thought to trigger brain cell death. It’s a good source of vitamin E, too, which has been shown to slow down cognitive decline in Alzheimer’s patients.

The sunshine vitamin can also shine a light on your grey matter. Higher vitamin D levels are associated with better cognitive function, according to findings published in the Journal Of Parkinson’s Disease earlier this year. For moderate supplementation, a 1000-2000IU daily dose of vitamin D3 is sufficient.

A study published in the Journal Of Nutrition reported that walnuts helped promote greater neural communication in the brain due to their higher antioxidant content. Get crackin’.

Find even more ways to boost brainpower in the September/October issue of HFM, out now in Holland & Barrett. 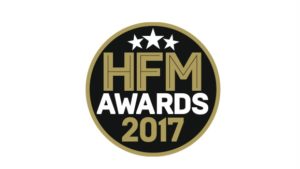 Back in September 2016 we asked you to tell us, via an online poll, what your favourite performance-enhancing bars, pills and powders were. We simply added up […]