A third of men with mental health issues blame work
May 17, 2019 by Tom Rowley 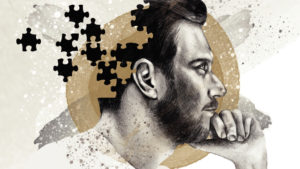 Thirty-two per cent of men attribute poor mental health to their jobs, with only 14% saying their problems are due to factors outside of work. This is a drastic contrast to the 19% of women who cite work as the cause of their problems.

Men are much less likely to seek help for their problem than women, say Mind. They’re also more likely to feel that their organisation doesn’t give them the space to speak openly about their concerns. While 43% of women have taken time off for mental health-related issues, only 29% of men report that they’ve taken time off for the same reason.

This lack of support experienced by men causes a flurry of related issues, such as self-medicating with alcohol and drugs, and shown to be more common in men, who are less likely than women to open-up about their issues and seek help. It’s also common for men to exercise rather than address their problems. While this might be a healthier solution, coming to terms with their mental health and talking about it is always advised by Mind.

On the back of this study, which comes from a survey of 15,000 employees from 30 different organisations, Mind are urging employers to sign up to the Workplace Wellbeing Index – which is a benchmark of best policy and practice concerning staff mental wellbeing.

For science-led content on mental health pick up the Healthy For Men mental health special, on sale June 15th in all Holland & Barrett stores across the UK