How to look after your sperm
August 6, 2020 by Tom Rowley

Whilst some couples will have no problems falling pregnant naturally, according to the latest NHS statistics approximately one third of couples will struggle to conceive due to irregularities with the man’s semen or sperm

For the majority of men, each millilitre of their semen will contain millions of sperm. The purpose of the semen is purely for reproduction, as a vehicle to carry the sperm into the female reproductive tract where it will fertilise with a women’s egg to create a pregnancy.

Most men don’t think to consider the quality of their semen or sperm until they are ready to start a family later in life, when health problems may have escalated. In order to educate more men about the health of their sperm and ensure that they are prepared for starting a family, here Dr Ferran Garcia – Head of Andrology at the internationally-renowned fertility clinic, Institut Marques – offers some advice on how to identify potentially unhealthy semen, and preserve your fertility for the future.

Dr Ferran Garcia says: “There are several lifestyle factors which can have a negative impact on the quality of your sperm, without you even knowing. For example:

Regular exercise and a healthy diet have been proven to increase testosterone levels and boost sperm quality, so I always encourage my patients to maintain a healthy lifestyle and weight as best they can.”

Dr Ferran Garcia says: “One of the main causes of male infertility is environmental pollution caused by Persistent Organic Pollutants (POPS). These are chemical substances which are generated by humans – usually as a result of industrial processes, and include pesticides, industrial chemicals and by-products of manufacturing and combustion processes. Through industrial processes, these substances are widely dispersed into the environment, and it takes decades for them to degrade – polluting air, water, plants, land and animals in the meantime.

As well as polluting the environment, POPs can also dissolve into human fat, which is known as lipophilicity. When dissolved into fat, some POPs act as oestrogenic endocrine disruptors, which means they behave in the same way as female hormones, even if found in males. This can have an impact on a man’s hormones and cause several problems, including infertility, testicular cancer, prostate cancer and urogenital malformations. The reason this happens is because POPS can alter the endocrine system, the collection of glands that produce hormones, leading to abnormalities.

While POPs are present in many different environments, the most dangerous levels are found in many industrial workplaces, such as building and agricultural sites.

Do you have a metabolic syndrome

Dr Ferran Garcia says: ‘Approximately 9% of men who experience infertility will have ‘metabolic syndrome’ – which is when a person has a cluster of conditions and symptoms all at once, including abdominal obesity, high fasting glucose, elevated triglycerides, high HDL cholesterol and high blood pressure.

Growing evidence has linked metabolic syndrome and its individual symptoms to the increasing prevalence of male infertility. For example, previous studies have shown that men with high blood pressure have reduced levels of testosterone compared with normotensive men. A more recent study found out that hypertensive men have less seminal volume, less count of spermatozoa and less sperm mobility, compared to men without a diagnosis of hypertension.

If men think they have metabolic syndrome, they should book an appointment with their local GP or doctor and seek the correct treatment for their symptoms – which will help with their sperm health in turn.”

Look to the future

Dr Ferran Garcia says: ‘Like all other parts of the body, over time a man’s semen will age. As the quality and quantity of the man’s semen gradually diminishes over time, this will make his chances of falling pregnant naturally a lot more challenging.

If you are concerned that your age or relationship status will have an impact on your ability to have children, there are assisted fertility methods available to help protect your fertility for the future.

Much like ‘egg freezing’ for women, ‘sperm freezing’ is an increasingly popular way for men to preserve their fertility. To freeze your sperm, you would be required to provide a sperm sample – which is then frozen in liquid nitrogen at -196c and stored away for when you are ready to start a family.

To date, sperm-freezing is the most successful method of fertility perseveration in men, with many doctors noting a huge surge in its popularity in recent years.’ 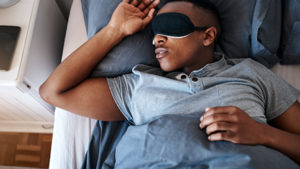