Low-fat and low-carb diets could be a big mistake
April 19, 2017 by Tom Rowley 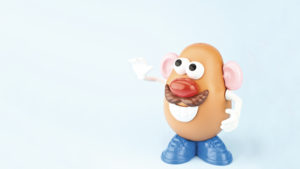 A report by the National Obesity Forum (NOF) and Public Health Collaboration (PHC) accused the major public health bodies of colluding with the food industry to promote high-carb, low-fat diets that, the NOF claims, are failing to tackle the UK’s growing obesity crisis

The chairman of the NOF, Professor David Haslam, has seen first hand the failure of these eating guidelines: ‘As a clinician, treating patients all day every day, I quickly realised that these high-carbohydrate, low-fat diets were deeply flawed,’ he says. ‘Current efforts have failed – the proof being that obesity levels are higher than they have ever been, and show no chance of reducing, despite the best efforts of government and scientists.’

Dr Aseem Malhotra, a founding member of the PHC, goes even further, saying that guidelines promoting low-fat foods were, ‘Perhaps the biggest mistake in modern medical history, resulting in devastating consequences for public health.’ Pointing to the current Eatwell Guide from Public Health England (PHE), Dr Malhotra says, ‘In my view, it’s more like a metabolic time bomb as opposed to a dietary pattern that’s conducive for good health.’

The NOF is calling for us to eat more ‘healthy’ fats – the polyunsaturated variety found in oily fish, nuts and seeds, for example – at the expense of carbohydrates. Such comments have caused plenty of (high-carb) bun fighting, with nutrition experts from PHE, the British Heart Foundation (BHF) and Royal College of Physicians dismissing them. ‘This country’s obesity epidemic is not caused by poor dietary guidelines,’ says Dr Mike Knapton, associate medical director of the BHF. ‘It’s that we’re not meeting them.’

However, dietician Dr Sarah Schenker thinks NOF and the PHC have a point. ‘As a nation we’ve been steering away from the Eatwell guidelines for some time,’ she says, ‘and there’s increasing anecdotal evidence that they don’t work for everyone.’ So far, so confused.

‘Carbs always get a bad press,’ says Mayur Ranchordas, senior lecturer in sport nutrition and exercise physiology at Sheffield Hallam University. ‘And, they can be problematic if you’re not particularly active and you consume them in high quantities, as too much carbohydrate can lead to health complications such as obesity and diabetes.’

The dictionary definition of carbohydrate is: ‘any of a large group of organic compounds, including sugars and starch, that contain carbon, hydrogen and oxygen and, typically, can be broken down to release energy in the animal body.’

Although carbohydrates contain fewer calories per gram (four) than fats (nine), because we consume more carbs – around 50-60% of our daily calorie intake, compared to less than 25% from fats – any excess we don’t burn off during the day is stored by the body and converted to fat. It stands to reason then that fewer carbs will result in less fat? Not quite. ‘The science doesn’t completely support the reduction of carbs,’ says Dr Schenker, ‘but there are other factors than just calories alone. For example, protein has been found to leave you more satiated than carbs, and fats have a minimal response on blood sugar levels compared to carbs.’

When it comes to carbs, there are two types: simple and complex. In basic terms, simple sugars, such as glucose, sucrose and fructose, have chemical structures made up of one or two forms of sugar, will give you a short-term boost, but contain no vitamins, minerals or fibre.

Complex carbs, such as starch and fibre, in plant foods including grains, potatoes and legumes, are made up of three or more sugars, do contain nutrients and are slower to digest.

In a nutshell, then: simple sugars give you a quick hit of energy, while complex sugars provide slow-release energy over a longer period of time.

‘Sugar is increasingly portrayed as evil,’ says Ranchordas, ‘but for exercise, especially of the prolonged variety, it’s the best fuel you can have, as it quickly supplies energy to your muscles and liver.’ Simple carbs are also the brain’s preferred fuel; it requires 20% your daily energy intake to function properly. ‘Simple carbs are good when used in the right way,’ says Ranchordas. ‘They’re only bad if you use them incorrectly; for example, by eating loads of pasta while sat on the sofa in front of the telly. As I’d explain to any of my athletes, fuel for the work you’re doing. If there’s no work, then there’s no fuel!’ 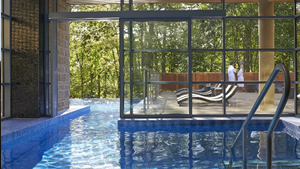 Is aquatic therapy the answer to good mental health?

Science is finding new reasons to submerge ourselves in water. HFM investigates the benefits of aqua therapy In the world of aquatic therapy, science has found many […]