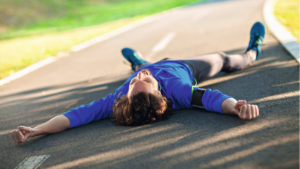 Looking for a fast shred? Try one of these three HIIT sessions and send fat to the incinerator

High intensity interval training (HIIT) may have come in for a bit of stick lately, but according to a study at Florida State University, it still burns almost 10% more calories during the 24-hours following exercise in comparison to a normal interval training group – despite the total calories burned during each workout being the same amount. Furthermore, another American study reveals that just two weeks of HIIT training has the same effect on your aerobic capacity as six to eight weeks of endurance training.

The key difference between intervals and HIIT is the intensity. With the former you alternate between 70% effort and 50% recovery, but with HIIT you should be working at around 90% of your full effort – if you feel that you could do more during the work periods then you’re not pushing yourself hard enough.

These workouts were designed by Ian Mellis, founder and head of strength and conditioning at Results Fast, the Herfordshire-based fitness and sports training facility, and will suit anybody who wants get lean fast – and stay that way. Do the same workout two-to-three times a week, leaving a day’s rest between each or, to really put yourself under pressure, alternate between the three workouts.

Where: Treadmill or spinning bike

‘The treadmill will take time to speed up, so do not count this as part of the sprint time – start the clock only once the machine is up to speed,’ says Mellis.

Step 4: Cool down with a slow run for 5 mins. Not tough enough? ‘Take a 10-second recovery after each sprint, then perform 20 reps of a compound exercise. Try squat to press or burpees,’ says Mellis.

‘Don’t stop entirely between sets,’ says Mellis. ‘Rowing slowly will help get the lactic acid, the stuff making you feel so uncomfortable, out of your muscles faster than if you fully stop.’

Step 4: Cool down– slow row for 5 mins. Not tough enough? ‘After each set, up the resistance on the rower to 7 or above, but maintain good form,’ says Mellis.

Where: Elliptical cross trainer or run on a pitch ‘If you perform these drills outside, wear the same footwear as you would during a match,’ says Mellis.

Step 4: Cool down – slow jog for 5 mins. Not tough enough? ‘If outside, follow the penalty box lines or 22-yard line to switch direction during sprints,’ says Mellis. ‘This will replicate your game performance.’