The secrets of ageing well
March 4, 2021 by Laura Potter 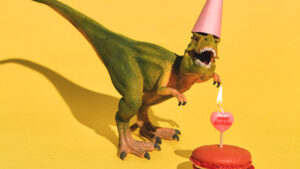 Fancy a few more years on this earth, skipping around, free from age-related gripes? You wouldn’t be alone – healthy ageing is a preoccupation for most of us. You could try taking a few tips from the people of Sardinia – one of the world’s five ‘Blue Zones’, where residents are far more likely to reach 100. Medical researcher Dr Gianni Pes shares their secrets.

‘In older males, there is a strong tendency to spend a lot of time outside the home meeting friends and acquaintances, playing cards or practising convivial drinking (wine) with friends. Many of them spend a lot of time with their grandchildren and are generally highly respected in the community.’

‘Men living in the Sardinian mountains mostly get milk from sheep and goats rather than cows. Goat’s milk has a higher nutritional value, is more easily digested and can improve lipid metabolism. Goat’s milk shows
a cholesterol-lowering effect and may protect against cardiovascular disease. It also contains short-chain saturated fatty acids, believed to be protective against colon cancer.’

‘In Sardinia, physical activity levels are among the highest reported for nonagenarians. Studies show they’re still physically active into advanced age. The practice of agriculture and animal husbandry, the most common lifetime occupation, might help prolong outdoor daily activity.’

They are the original sourdough hipsters

‘Bread has long been a staple of the Sardinian diet. Traditionally, it’s made with wholegrains using home-made microbial starters. In a study, eating sourdough was shown to reduce postprandial glucose and insulin blood levels, potentially helping prevent obesity and diabetes.’

Read the full article on healthy ageing in the March-April 2021 issue of Healthy For Men, on sale now in Holland & Barrett stores and online at hollandandbarrett.com