Train for a record breaking long-drive
April 10, 2017 by Tom Rowley 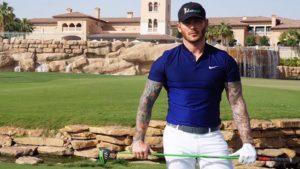 You’ve got to have something special to hit a golf ball over 500 yards, and whatever that something special is, Lucas Dornan is made of it. Lucas told HFM how he prepares for a competition, gets in swinging shape, and smashes his limits

Lift heavy out of season

‘I work out six times a week. The body doesn’t really let you do more than that, especially as we lift the heaviest weights we can. Most golfers are told not to lift more than 70 percent of what they can already do, but we try and lift 110 percent of what we can do – always as heavy and hard as possible.

‘I do deadlifts to the point I can’t get the weight off the ground – usually about six reps and I train like that every day. On the third and fourth day, my muscles are killing – sometimes you get in the gym and your whole body aches and you’ve no idea what to workout, but you just need to push through. 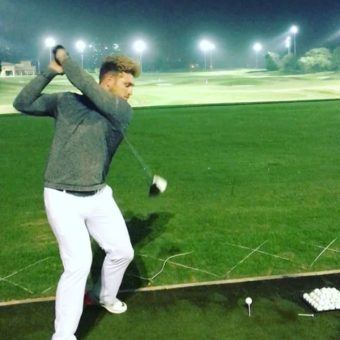 Focus on explosive work around a competition

‘Around competition time, I taper off the heavy weights. It’s important to do more speed work – ball slams, fast kettle bells, throwing medicine balls. I do a lot of explosive work, so I might swap my deadlifts for box jumps. You have to try and get those fast-twitch fibres firing. But you can’t train like that all the time. People often ask, ‘why don’t you just do the explosive stuff all the time?’ but it just doesn’t work like that. The body gets used to doing a certain way of training, and it’ll plateau if you keep it through the same routine. So find the point where the muscles are twitching at their best before they start to decline and utilise them, because you want the strength to still be there. 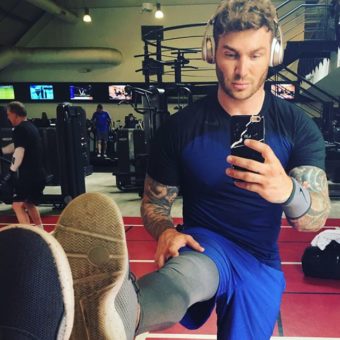 Swing for the balls

‘But really the only way to get club speed is to hit loads of balls. If (Usain) Bolt takes three months off, he comes back super slow, but after three weeks of training, he’s back to being super fast again. And nothing’s changed, it’s just repetition. So if your club speed’s down, you need to adjust training. Make sure you do a lot of speed work just before a competition, because you will be slow – the whole point of heavy weights is to build muscle which breaks down and goes into a state of fatigue. You don’t want to rely on broken down muscle around a competition.

‘It’s extensive to be a long-driver. You need to train hard. As long-drivers, our natural swing is around 130 mph. 150 is where the training comes in.’