Why empathy is medicine for the mind
January 17, 2020 by Tom Rowley 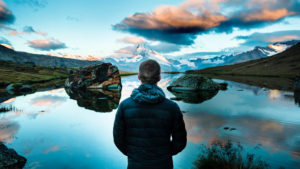 The notion of giving a hoot for others is actually pretty complex. ‘There’s disagreement around the precise definition of empathy,’ says Professor Catherine Loveday, a neuropsychologist and principal lecturer at the University of Westminster in London. ‘In fact, a paper came out earlier this year which reviewed all the different writing on the subject and suggested there are 43 distinct definitions of empathy. But in a nutshell, it’s about being able to put ourselves in someone else’s shoes.’

The two faces of empathy

Despite there being many definitions of empathy, the consensus is that it roughly divides into two forms, which arise from different areas of the brain. The most primitive kind, called emotional empathy, is mainly activated by the anterior insular cortex. ‘Emotional empathy is the emotional response to seeing somebody experience something,’ says Loveday. ‘So if we see someone in pain, it makes us concerned for them; if we watch someone being joyful, we feel that joy. Emotional empathy seems to be quite innate, and even in very young babies, you will see indications that they are having a response to other people’s emotions.’

Cognitive empathy is a little more complex, as it arises from individual development. A study from Chicago found cognitive empathy is supported by the inferior frontal gyrus (the area of the brain critical to inhibition) and the anterior cingulate cortex (which regulates autonomic functions, such as heart rate), as well as the aforementioned anterior insular cortex. ‘It’s about being able to understand another person’s feelings,’ says Loveday. ‘Cognitive empathy is a logical, rational thing that we work out from the way someone is being, their facial expressions or what we know about their circumstances. In contrast with emotional empathy, cognitive empathy must be learned and develops over time, so environment is particularly important.’

Which one is best?

Some of us are more cognitive, and some are more emotional. The two different kinds of empathy are apparent when we look at psychological disorders, suggests Professor Loveday. ‘Autistic people will be generally quite low in cognitive empathy. They find it hard to read people’s emotions and to understand another person’s perspective. But they still have a degree of emotional empathy, so they might react to someone crying or laughing in an emotional way. ‘Psychopaths are the reverse,’ continues Professor Loveday. ‘They’re often quite good at understanding how another person feels and why they act the way they do, but they’re not very good at emotional empathy. They don’t tend to feel the pain of other people.’

There are many reasons why someone might be less empathic than you would hope, which could be genetic, because our brains are different, or our personal experiences haven’t allowed cognitive empathy to flourish. ‘They might not have the correct neural circuit to recognise facial expressions; they might have damage to the frontal cortex, which is very important in terms of reading another person’s behaviour.’

Why should we care?

Take a look at human evolution: empathy, in part, has enabled us to create modern society and rise above other mammals in terms of reproduction and technology. ‘Fundamentally, human beings work better in groups,’ says Professor Loveday. ‘We are a social animal and being able to socialise, communicate and work together effectively is key to our survival. Empathy allows us to bond and attach with other people by recognising their distress and being able to comfort them, and share their joy.’

What are the benefits?

Empathy also helps us predict the behaviour of other people and operate successfully in a ‘prosocial’ way – that is, one that benefits us, or those around us. ‘We need to read people’s intentions to know if they’re going to harm us. Should we say hello, or are they a threat? It can help us work out whether someone is lying to us, and some people would argue it allows us to manipulate others to our advantage.’

Caring is part and parcel of human success. We benefit from caring for others in a similar way to ants sacrificing their lives for the good of the colony. But on a biological level, the process of empathy can have a significant impact on our general wellbeing. ‘It makes us feel more connected to other people,’ says Professor Loveday. ‘When people laugh together, they produce high levels of oxytocin [the so-called “love hormone”], which helps us connect with others, and guide us in prosocial behaviour.’