Get SAS ready with Ant Middleton
February 21, 2018 by Tom Rowley 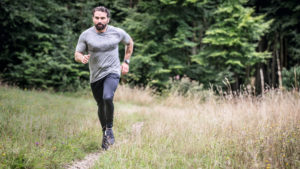 Ant Middleton, 36, is the military veteran and frontman for TV show SAS: Who Dares Wins, taking contestants through hard-core SAS training. We spoke to the Garmin ambassador about what it takes to overcome our civilian flaws

Being athletic is the bare minimum; this isn’t a boot camp. If you’re not at a high-level of fitness then we will get rid of you straight away. The first 48 hours is designed to weed out the physically incapable, and those who think this is just a fitness test. We then tap into their mindsets, and drain them, physically and mentally. We pull back, look for a chink in their armour, then we put a bit of pressure on that chink. But if we get to a stage where we break them down and they haven’t learnt, then we’ll get rid of them because they’re unworkable.

People hide things about themselves and our job is to find out where their sensitivities lie. Are they an emotional character? Are they egotistical? If someone’s particularly emotional, we’ll rip into their family; we’ll bring photos up of their daughters, their sons; we’ll find their breaking point. If someone has a hard exterior, they’re probably used to being shouted at, which is why they have this brick wall up. We’ll take the softly softly approach with them. We’ll unpick those bricks one by one and find the chinks. We’ll be on their side and lead them into a false sense of security and get that information from them. And then we’ll find out everything about their past and how they tick. 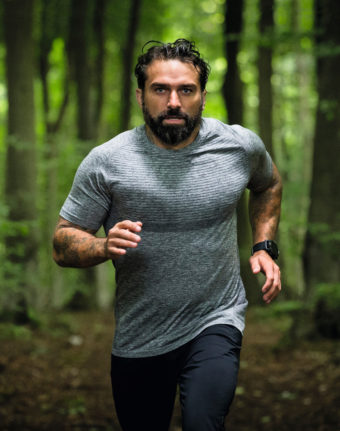 If someone is physically unfit, we’ll be honest. If you have an attitude I will find your breaking point. I’m not going to do the whole pc thing and pussyfoot around you – I’m going straight through that wall, straight where it hurts and I’m going to see how you deal with it. No one likes to hear the truth, right?

But we are simulating special forces selection – just condensed and diluted. We need to be resilient in that type of way, we need to be honest with ourselves, we need to know where our strengths and weaknesses lie. When we work as a team we can pass those responsibilities off to someone whose strength will make them suitable for the job – bu we need to know where those strengths and weaknesses are first. It all comes down to operating in a warzone. We’re there to see how far we can push them before they break, because ultimately, that’s what the enemy is going to do.

When I first joined the army, I was a bit of a lairy little f*****. I was so confident in my capabilities; I did P Company (a training and selection organisation of the British Armed Forces) at 18, I did my Paracore maroon beret, I got my parachute wings, but I rested on my laurels thinking that I was the best. People around me were getting promoted and they were getting the courses that I wanted. It wasn’t until someone pulled me aside and told me I wasn’t getting anywhere because nobody wanted to be around me, nobody wanted to be in my team because I was such a cocky shit. The army is one big team, one big family, and that’s when I realised that I wasn’t a team player, and I had to step back and go to myself, ‘you know, he’s right’.

When they had a word with me, I got pulled in, kicked on the floor, and told to get a grip of myself because I had so much potential, but I was being a s***. It probably wasn’t the way to go around things because I resented them for that, but I was only 18-years-old, and on paper, I was the perfect soldier.

Being brutally honest with someone might change their life, and if you can be honest with yourself then you will fly through whatever career you’re doing because you will have accepted yourself and you will get on with it. You will be surprised how much that relieves and frees you to be yourself, and to deliver and get the job done.

We often train in the Brecon Beacons, which is the perfect environment to practice using my Garmin GPS. You can put a 10km loop on your watch and it will figure out a route for you around the mountains, so you don’t even have to go map-reading to find the route. The watch does everything for you. So it’s great for your advanced, but it’s also great for people who are just starting out because the watch will literally tell you everything you need to do. My Garmin has got me out of a lot of sticky situations in the special forces, when I’ve been 10km from target and I have relied so much on my Garmin Foretrex, which is on my wrist to get me over the mountain and pinpoint me to the target location. And then I’ll have a backup eTreks on me as well which is the bigger one, just in case, you know you always have a backup. But they are so accurate, so robust, so, they are just spot on. Since I’ve been with them and since I have been doing my survival shows I’ve noticed that they’re everywhere. I was on the biggest glacier in yorbek a couple of weeks ago, and the super jeeps have all got Garmin tech. I was in the ocean a couple of months ago and all the boats have got Garmin tech, so I’m very proud to be an ambassador for them.

If you want to win a Garmin Vivoactive watch, click here to enter the competition! 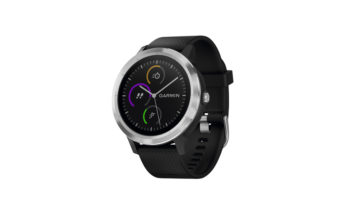 For the full interview with Ant, an SAS workout, and top survival tips, pick up Healthy For Men magazine only in Holland & Barrett for just £1.99