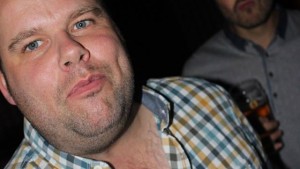 I have just finished week one of an 8-week training course for a Healthy for Men feature charting my weight loss journey. The results will be revealed in the Jan/Feb edition – so keep an eye out! The new year tends to always be a key time for sedentary men to evaluate how out of shape they’ve become. I’d like to think of myself as a poster boy for the clichéd unfit male. Early 30’s, who has slowly but surely become more unfit as time has worn on – so I’m hoping the piece can motivate others like me, and that’s keeping me motivated.

Wes Doyle, my editor, has enrolled me on an 8 week training session with Up Fitness. He has used them before when doing a cover model challenge, so knows how hard the regime is. They have an outstanding reputation for body transformations, so I know I’m in good hands. Their owner, Nick Mitchell is known as ‘the king of the body tranformation’ – and the impressive case studies up on www.upfitness.co.uk definitely back this up.

I went and met my trainer for the first time last Friday. His name is Justin Maguire. I Googled him before, and he looked intimidating: about 6 ft 3, almost as wide, with a plethora of muscles. A quintessential bodybuilder. When I met him I was pleased to learn he was a really nice guy and instantly put me at ease. I tend to find this with bodybuilders – even if they look menacing! Maybe the body confidence they have makes them happier all round? We spoke for about 15 minutes about his expectations of the training and diet, and we then took my body fat readings. It came out at 32%, which is very high, and he told me I need to reduce this so I won’t have any health problems in the future.

This was a key reason for me taking up this challenge, because I know that I’ve neglected my body. Eight years doing a fairly stressful sales job, which involves a lot of sitting down, has taken its toll. Too much booze, takeaway food and eating out had left me at around 19 stone. It’s the biggest I’ve ever been, and I’d be lying if I said it didn’t bother me. The depression of clothes becoming too tight, people eyeing a seat next to you on a train before subconsciously sitting somewhere else,  it definitely has some sort of emotional toll even if you don’t consciously acknowledge it. My lower back has caused me problems for about 10 years and has slowly got worse and the bigger you get the less energy you seem to have. Everything aches, and it even gets to the point where a long walk sometimes leaves me chafing between the legs. I owed it to myself to get myself back on track.

I’m now three sessions in and it’s without a doubt the hardest thing I’ve ever done. We have covered arms, abs and legs: a full body workout. By the end you are in a pool of sweat and usually trying not to be sick. Up Fitness have an ethos that they want to push you to the very limit of what you’re capable of, and you definitely surprise yourself. Justin, as nice as he is before and after the session, seems to flip a tyrant switch for the training part. I realise it’s all part of my job and ‘tough love’ if you like, but Christ is he tough! It’s a mix of shouting and disappointment when I can’t do something, mixed in with encouragement. But I’ve done more than I realised I could and that’s definitely down to the ethos of the training. What’s worth noting is that Up Fitness do not offer quick fixes, and cutting corners is simply not part of their DNA. So what you achieve is through hardwork, strict diet, recommended supplements and steely determination to succeed.

The diet has been tough. They have pretty much stripped out carbs (apart from after training) and have encouraged me to eat meals more regularly, take on a lot of fatty fishes (salmon, mackerel etc.) and drink at least three litres of water a day. Sugar is out, booze is a big no no and for now, so are pork and chicken. Eating so much protein kind of suppressed my hunger, so eating four or five meals a day felt like putting toothpaste back into a tube. So Justin suggested having a couple of healthy carb meals within a day while my body adjusts to the protein intake. He suggested houmous as its full of good fats and goes well with veg. Thankfully Justin is always available on email, replies promptly and doesn’t mind me pestering him with random food requests. Today I could have punched the air when he said it was ok to eat scallops!

In terms of supplements, Reflex Nutrition have kindly provided me with everything I need for the bespoke nutrition plan that Up Fitness give you. I have to take a lot of pills. Three with breaskfast (zinc), five with every evening meal (omega 3), 12 before training and then another 11 afterwards along with 10 grams of glucosamine. There is so much to remember. You have to be pretty organised in terms of preparing meals and supplements. but I’m sure the results can prove it’s all worth it.  The fact that Reflex could supply everything on my list made it so much easier too. I used them because they have a fantastic reputation for producing top quality products. Whereas most brands tend to hide their factories away somewhere on an industrial estate just off an M road, the Reflex HQ is about as high-tech as you get – like the Willy Wonka chocolate factory of nutrition. They are more than happy to show off their facility to anyone interested to see it and have a great relationship with Nick Mitchell and Up Fitness.

I’d be lying if I said I didn’t have any self doubt. The sessions are gruelling and I often wonder if it’s too much too soon. I’ve gone from zero fitness to three sessions a week, which I reckon are punishing enough to test 90% of the population. But I’m seeing this as my punishment for neglecting my body for 32 years. I’m aware the sessions will get harder, but I’m hoping I’ll get fitter and grow with it. It’s hard to see that in week one, but I’m hoping the worst is behind me. I have lost 10 pounds in the last two weeks which is a really good start – and it definitely helping to keep me motivated.

Everyone’s been very supportive, which as definitely spurred me on. My girlfriend always encourages (it’s going to be a long eight weeks for her too) and she makes my evening meal every night, so by default is taking on some of the diet. Everyone at work has been nice and will say when they think I’m starting to look different, which is always encouraging. Though people often want to talk to me about it just after I’ve done my training, which is the one time I’d rather not! Overall I’ve been touched and humbled with how supportive everyone has been, and I know that’s going to keep me going as the weeks get tougher.

I now look forward to the weekend before my next session Monday. Justin has told me to get some rest over the two days before the hard work begins again.  I know he’s not lying! 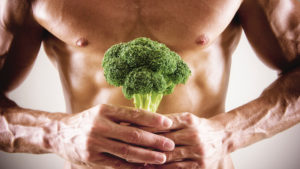 The myths of the low calorie diet

Is calorie control an instigator of nutrition mythology? HFM’s Drew Price investigates There’s no way to make this exciting: the Right amount of calories are key to […] 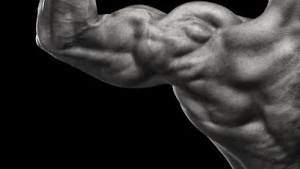 Getting the body you want just got easier…