What can we learn from Kanye West about mental health?
May 22, 2018 by Tom Rowley 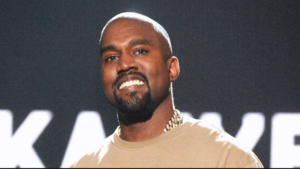 After many surprising and somewhat out of the blue tweets from rapper Kanye West, lots of people have criticised him for his recent bold statements, opinions and business decisions, including choosing to part ways with certain business partners and media outlets

Many people shared their views on West’s actions, with some placing his comments down to his current state of mental wellbeing.

However, this labelling of a person being outspoken, as well as being mentally unwell could be particularly damaging, not only to that individual but also for those who genuinely do suffer with mental health changes.

Kim Kardashian West, Kanye’s wife, posted a series of tweets on the situation, stating that the ‘casual’ way the media refers to mental health is having a negative effect on the way mental health is perceived by the public.

Why Kanye’s Actions Are Important

Kanye West recently found himself under fire due to various comments he made about the state of America, expressing his support of Donald Trump, as well as comments about slavery supposedly being a choice. These comments have led to several people questioning his mental wellbeing on social media, with many labelling him as ‘crazy’.

Fortunately, Kanye has taken this opportunity to be candid about his previous personal struggles with mental health and has advocated breaking the stigma surrounding it.

During a recent interview, West spoke about how in the past year he had a mental break down, which he described as a breakthrough as it helped him to realise that what aspects of his life were weighing down on him mentally – a combination of stress, competition in his industry and the feeling of being manipulated. He has since said that he is in a stronger place, and says this is due to speaking at length about his personal struggles with his family and friends.

By not having a negative, or angry reaction to the questions about his mental health, Kanye is making strides in breaking down the barriers surrounding mental health. His openness and honesty about his past issues could help encourage others to be more open about their mental health.

The Power Of ‘Crazy’

‘Crazy’, ‘insane’, ‘mental’, ‘lunatic’ – these are all words that many of us will say without thinking twice; “that person’s outfit is crazy” or “that music video is mental”. However,  Kanye West spoke very candidly about his concerns with the use of these words, saying that their use diminishes the value of any statements that people make, and can worsen the stigma surrounding mental health. In his case, his support for Donald Trump led to people questioning his sanity and calling him crazy, simply for stating an opinion that they disagreed with.

Kim Kardashian West said that the casual way the media discusses her husband’s mental health places him in a negative light. This, in turn, has a knock-on effect on the perception of genuine mental health disorders, and those who suffer from them may not want to speak out about their concerns.

This could worsen the situation, as people may not feel that they can be open about their feelings, and then suffer in silence – which could lead their condition to become more severe. In some cases, people opt to self-medicate with drugs and alcohol, which may lead to further issues.

The Impact of Celebrities

Whilst the media is making people more aware of mental health and well-being, there is still a stigma surrounding the topic. This may prevent people speaking out about their concerns and despite mental health issues affecting such a huge portion of the population, many people may isolate themselves and not speak out.

With the rise of social media, we have been able to see deeper into the lives of various public figures and celebrities who share their stories about their emotions and health.

It is suggested that when celebrities are open about their mental wellbeing, it can encourage their fans to understand the issue more. There has been a stigma in the past about being defined by a mental illness if you open-up about it, which therefore can lead to people being more closed off about their struggles. However, seeing celebrities who have a great influence being open about their own mental wellbeing can be very important in encouraging people to do the same.

This can help to break down the stigma surrounding mental health and encourages people to be more open and start important discussions on the topic.

How Speaking Out About Your Mental Wellbeing Could Save Your Life

Kanye stated that it was not therapy that helped him overcome his struggles with mental health in the past, but simply talking to his family and friends. While speaking out is an amazing first step, it is important to consider that not everyone in your life is going to be equipped to help deal with mental health issues.

It is therefore imperative to seek professional help to find the treatment which works best for your personal needs.

Some people believe that social media could have a negative impact on your mental health and for some part, they’d be correct. Studies have found links between excessive social media usage to depression and anxiety due to constant comparisons to the lives of others in their social circle.

Speaking out on social media can help people to not only find support for their own concerns, but can also be invaluable to others as it allows others to understand they are not alone.

What Should You Do If You Are Concerned About Your Mental Health?

If you are concerned about your mental health, it is important to seek help, particularly if your symptoms are seriously impacting your daily life. It is important to not suffer in silence. Visiting your GP can be a great starting point as they can help evaluate your condition, and help you determine the best treatment option for you. Talking therapies can be extremely beneficial and some doctors will also recommend anti-depressant medications in more severe cases.

In addition, there is an innovative, medication-free treatment which is now available which can treat the symptoms of mental health issues. This treatment is called Transcranial Magnetic Stimulation (TMS), this treatment stimulates specific areas of the brain which are affected by mental illnesses (such as depression, anxiety and OCD) using magnetic pulses. The depression treatment has been approved by NICE as being safe and effective.  An intensive course of the treatment could potentially reverse the symptoms of depression in two to three weeks.