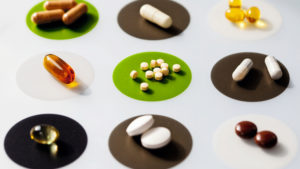 Taking to the vegan life is a credible commitment, but depending on your personal health and goals, you could be missing out on key nutrition. Check out our list of likely nutrients your body could be craving…

‘This contributes to normal metabolism, the reduction of fatigue and, perhaps most importantly for physical performance, the transport of oxygen around the body,’ says Bethan Hamilton. ‘We lose iron through skin and sweat, so good plant-based sources to top up with are dark green vegetables, such as spinach and broccoli, pulses, dried fruit and pumpkin seeds.’ Pair them up with vitamin C-rich foods to support iron absorption.

‘Like iron, B12 plays a role in amino acid metabolism,’ says Hamilton. ‘However, B12 is only found naturally in animal products, so if you’re following a vegan diet it’s important to actively consume a source of B12. Some good options are nutritional yeast, which gives a nice cheesy taste to meals, or fortified plantbased drinks and alternatives to yoghurt.

‘We can’t always get enough, from the sun, especially in colder countries such as the UK,’ says Ben Lewis. This issue is so apparent it is now widely recommended that everyone supplements with vitamin D in winter months.’ The government recommends that adults should take a daily supplement of 10mcg of vitamin D during the autumn and winter – vegans might want to consider more (however, don’t take more than 100mcg a day).

Vital for short, power efforts, and also beneficial for recovery. Your body naturally synthesises it, but it’s also present in meat – and hard to find elsewhere. Supplements are available, and studies suggest they lead to increases in lean muscle mass for vegetarian athletes. Top up with 5g, twice a day: drinking it in hot green tea helps mask the gritty taste.

‘Foods containing omega-3, especially those high in alphalinolenic acid (ALA), can help the body produce longer-chain omega-3s such as EPA and DHA,’ says Darlene McCormick. ‘If you aren’t eating fish, top up with flaxseeds, walnuts and soya beans.’ ZINC ‘Together with selenium, zinc plays a key role in fertility and maintaining normal testosterone levels in the body, not to mention that they can both act as antioxidants,’ says Hamilton. ‘Zinc also contributes to protein synthesis and macronutrient metabolism, so top up with wholegrains and Brazils.’