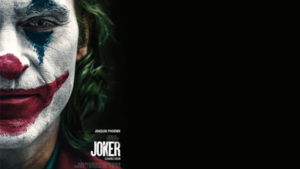 As a forensic psychiatrist, I assess and rehabilitate mentally disordered offenders in courts, prisons and locked psychiatric units. And as a child of the eighties, I loved my superhero cartoons and films. So, when Joker was released a few weeks ago, I was very intrigued. In particular, I was interested in its depiction of mental illness and how this relates to violence and murder. I also noted that it seemed to polarise critics; a silver screen version of marmite.

The first question I asked was if the depiction of mental health issues in Joker was fair and accurate.

As far as I can tell, the protagonist, Arthur Fleck suffers from pseudo bulbar affect, resulting from a head injury. This is a condition that’s characterised by episodes of sudden uncontrollable, inappropriate laughing or crying, and I think, it was portrayed in an authentic manner (with exceptional acting from Joaquin Phoenix).

Apologies for talking shop, but I should point out that this is technically a neurological disorder; these involve malfunction of the nervous system (brain, spinal cord, and nerves), and include Parkinson’s disease, epilepsy, and multiple sclerosis. It is not actually a psychiatric disorder, which are reflected by disturbed behaviours and emotions and include Schizophrenia and depression. It is also very rare. I’ve only encountered Pseudo Bulbar Affect in one patient in my career, and it was merely incidental (it was his schizophrenia that made him hear voices, leading him to attack strangers, and this was the focus of his rehabilitation).

There is a hint at another previous mental illness and a flashback of Fleck being locked up in an asylum.  There is also mention that he needs to keep taking his medication to suppress negative thoughts (which he cannot do as funding has been cut). There is no psychotropic medication that can stop murderous thoughts or intentions to harm others, and I think this apparent nebulous, generic mental illness that Fleck has is not rendered in a realistic or credible manner. Of course, I have considered potential diagnoses of psychosis and depression, and that these mysterious unnamed meds could have been anti-psychotics and anti-depressants. However, his presentation and the thoughts he expressed (for example, seen within the glimpses of his note-book) are not typical of these disorders.

If you’ll allow me a brief minute to rant, I do think that the aforementioned flashback of Fleck in an asylum was, unfortunately, another area that the film lets us down; depicted in a typically caricatured Hollywood manner, with him locked in a padded room in a straight-jacket, banging his head on the door.

The next thing I wondered was how the film would connect mental illness to offending. There are gaping chasms here which films can, and have, fallen into in the past. These include stigmatising mental illness by implying it leads to violence, in a callous or gratuitous way. To be clear, I’m not saying there isn’t a connection and I’m not saying that films aren’t allowed to explore this. There is and they are. I’m saying that this should not be done in a distasteful manner; i.e. – I am depressed and/or hearing voices, therefore, I will go out and hurt people. This would be inaccurate and unfair as the vast majority of people who suffer these symptoms do not commit violence. More egregiously, in the world of cinema, this would be lazy writing.

I’m happy to say that I think the film does not do this. In fact, I would argue that the protagonist’s eventual criminality and violence have little to do with mental illness; at least, directly. Bear with me…

Of note, Fleck has a number of risk factors, historical issues and situations which would predispose him to offending (and, incidentally though separately, could also cause mental illness). These include a chaotic childhood, demonstrated by him being adopted and his mother spending time in a psychiatric hospital herself. He also had a head injury which was apparently inflicted by his mother’s partner, and was found tied to a radiator, indicating that he was significantly physically and emotionally abused. Head injuries in some cases, though not all, can lead to impulsivity and aggression (though again, this is technically a neurological, not a psychiatric condition). Fleck is also lonely, socially isolated, marginalised, bullied and mocked (by kids on the street as well as by his own peers).

On top of these background predisposing factors, there are a series of events during the film which precipitate his rage and lead to eventual violence. Fleck is fired from his job, he is pushed and bullied, and his healthcare professionals don’t support him or listen to him (Oh, why Hollywood? Why?!). This all occurs in the context of a brewing social divide between the rich and the disenfranchised and impoverished in Gotham, which Fleck absorbs. Then, being rejected by his potential billionaire father, Thomas Wayne, ignites something in him.  Another huge factor, which is easy to understate is Fleck’s access to a gun. This is particularly relevant in the States, and might tip somebody over the edge from thinking about killing, to actually doing it (see the news for numerous examples).

In my view, all of these factors in combination appear to catalyse his maniacal transformation into the Joker, much more than any potential mental illness.

I think that the link between his mental illness (technically a neurological illness, sorry) and offending that is proffered by the film is more subtle and indirect. It is the shame that Fleck feels due to his symptoms; he’s stigmatised, judged, mocked and even attacked because of his uncontrollable, inappropriate laughter. This leads to further isolation, which is typical for a whole host of actual mental illnesses as is addressed very credibly in the film.

My next question was whether the relationship between mental health issues and offending in the film would tie in with my professional experiences of assessing mentally disordered offenders in the real world.

The short answer to this is ‘no’. I would not be callous enough to make the generalisation that all psychiatric patients are dangerous. Not at all. In fact, they are more likely to harm themselves. However, there are also a small, yet significant cohort who are high risk. This is reflected by the existence of hundreds of secure psychiatric units all over the UK, with ramped up levels of security, where Forensic Psychiatrists such as myself work. By definition, these are reserved for the most dangerous patients, whom have a history of violence.

For this specific group of patients, their risk is often directly linked to their mental illnesses. For example, paranoid schizophrenia is a very common diagnosis in these units, and this typically involves symptoms such as persecutory delusions; commonly the fixed, unshakeable beliefs that others are watching, following laughing at, or even wishing to harm or kill the sufferer. Violence is often committed in direct response to these beliefs. Auditory hallucinations (i.e. hearing voices) are also common in this, as well as some other mental illnesses. A specific type, aptly named ‘command hallucinations’, order the sufferer to commit certain acts, which might include attacking others.

However, in my view, it does not appear that Fleck becomes more paranoid due to mental illness, as the film progresses. If anything, he becomes increasingly grandiose. He gets turned on by the power and sense of control he feels by violence and by inciting others. From my experience, again, this is not a typical presentation of a mental illness. Instead, I think this is an insight into his increasingly warped narcissistic and sociopathic personality.

To conclude, although it was an entertaining, well-acted film, in my opinion, Joker did not depict typical mental illness, and did not portray how this characteristically can lead to violent offending. However, I also acknowledge that this wasn’t its job. Its job was to show how a relatable and understandable person can be pushed to the limit, can snap, and can become a super-villain that we love to hate. And I think this film did its job well. I just hope that the general public does not get muddled into thinking this was due to mental illness. It wasn’t.

Dr Das is a Consultant Forensic Psychiatrist and Media Commentator