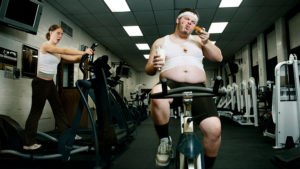 Fitness myths easily sneak their way into our fallible brains, so HFM spoke to fitness expert Dr Charles Clark about how to avoid these myths, and where to find the truths

When it comes to fitness, it can seem impossible to know how to get started. Many men get so caught up with the male body beautiful or complete transformation, they forget to look at the bigger picture. But getting fitter, healthier and changing your body doesn’t have to be extreme. So what works and what doesn’t? Have you tried and failed at the gym? Are you confused by the messages perpetuated by the media?

Many fitness mantras or stereotypical habits that have become engrained in popular thinking can be very damaging. They’re based on bad science – or no science at all – and some regimes or techniques will claim that men can go from unfit blobs to chiselled beefcakes in a few easy steps. In his book Health Revolution For Men, Dr Charles Clark unveils a more realistic programme for helping men get healthy, while beating stress and middle-aged spread. ‘I’m in a privileged position,’ he says. ‘I see so many men over health issues, and I can honestly say that not one has mentioned a six-pack or stressed exercise. For many men, seeing muscular models just lowers their self-esteem. It can be very counterproductive. Men are more worried about longevity and a high standard of living.’ It’s certainly food for thought. Dr Clark adds: ‘Sugar is as big a killer as anything else, often in the form of refined carbs such as cereal, bread, pasta and rice.’

‘The most obvious thing that drives most of us to exercise is because we want to look better and feel better – and we often emphasise the former,’ adds Dr Clark. ‘But the most important reason to exercise is that it improves the profusion (the blood flow) to the muscles, taking oxygen and nutrition to them and removing the toxic waste products, which are a major component in disease and premature ageing. In addition, exercise improves the blood flow throughout the whole of the body, tissues as well as muscles.’

Dr Charles Clark quashes the many half-truths we hear about exercise.

You need a six-pack

Many popular men’s magazines are full of exercises demonstrating healthy young men with abdominal six-packs and biceps the size of tree trunks. This is all very well, but it is neither reasonable nor natural. And it is certainly not feasible for men in their 40s and 50s, unless you have a tremendous amount of time to spend (or waste) trying to achieve the impossible.

You should take up jogging

This is an excellent form of exercise when you are fit, and an excellent way of precipitating a heart attack when you’re not. If you are overweight and undermuscled, jogging is just a complicated way of destroying your hip and knee joints and placing a tremendous strain on your heart and lungs. This is not to say you cannot take up jogging when you have lost weight and have muscled up, but not at the beginning.

Although there are many advantages to joining a gym, there’s no advantage in immediately starting to spend hours on the treadmill – or pumping iron. This is another typical male attitude to the overweight/under-muscled physique, and it normally arrives on about 1 January of every year. Joining a gym can be expensive and unnecessary. The secret is to become reasonably fit first, then make the decision whether you wish to expand your exercise programme to more extreme lengths.

You need hours of exercise

Many people think you need to exercise for at least an hour per day, three times a week for it to be effective. This is simply not true. The most effective form of exercise is undoubtedly walking for 20 minutes, three times a week. Surprising though this may seem, it has the most significant effect on improving capillary circulation to the tissues in terms of effort expended. Of course, that doesn’t mean that more exercise isn’t likely to be more effective – it certainly will be – but ‘too much too soon’ is dangerous.

Working out can burn fat

Exercise in isolation, without addressing the nutritional aspects, does not burn fat. Of course, when you exercise you require an energy source, but as you exercise you increase your insulin levels – and insulin actually prevents the body from burning fat. If you do exercise extremely hard, you will need to have tremendous willpower to prevent the ravenous hunger that follows thereafter, so that is simply not an option. A much simpler solution is to reduce the insulin in your diet through dietary changes, and then, with lowered insulin, exercise will burn fat. But, for the most effective solution to burning fat, combine an insulin-lowering [low carb], non-calorie-counting diet with an effective muscle-training regime.

No pain, no gain

This is the simplest recipe for developing a heart attack. We cannot think of worse advice to give someone who is overweight than to suggest that they exercise to the point where they begin to feel pain. And this leads us on to the obvious question of ‘What is pain during exercise?’ Basically exercise falls into two separate phases: aerobic and anaerobic. In the first stage we are using oxygen for our tissues and the muscles to develop; in the second phase there isn’t enough oxygen and the muscles develop a substance called lactic acid, which causes pain. So you can see that pain is actually the body’s way of telling you that you have done enough and to stop. ‘No pain, no gain’ is just a simple way of putting excess stress on your heart and causing problems. So you can now understand why you should never exercise to the point of experiencing pain, as this is telling you that there is not enough oxygen in your muscles to continue. 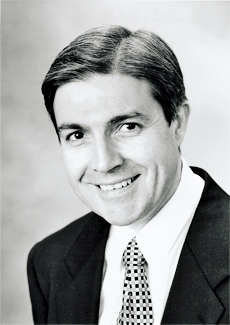