Should you be taking multivitamins?
July 10, 2017 by Tom Rowley 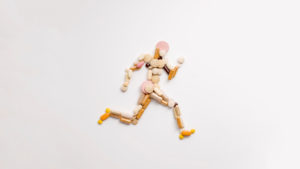 If you’re living an active lifestyle, you probably don’t get enough key vitamins and minerals – but is popping multivitamins worth it?

Even with the best of intentions, the real world can obstruct our paths with illness and injury. We need to eat the right foods to support exercise and prevent illness, but then the real world gets in the way again when we don’t always have the time or energy to make the right choices.

That’s where multivitamins come in. ‘Vitamins and minerals are key to enable your body to work properly and prevent illness,’ says Anita Bean, nutritionist and author of Sports Supplements (Bloomsbury, £12.99). ‘Vitamins support immunity, help the brain function properly and aid the conversion of food into energy. Minerals are needed for structural and regulatory functions, including bone strength, fluid balance and muscle contraction.’

The key question is which vitamins we need more of, and in what quantities – especially if we’re undertaking intense exercise. The former depends on what type of exercise you’re doing, and we’ll come to that later. But the latter is seemingly quite simple. The recommended daily amounts (RDAs) are listed on food and supplement labels and are guidelines set by the EU that are designed to cover the needs of most of the population. The key word, however, is ‘most’. ‘They’re not targets,’ says Bean. ‘But guides to help you check the body is getting a minimum amount of nutrients. They don’t account for the increased requirements of athletes or regular exercisers.’

‘Micronutrients are a complex subject,’ says sports nutritionist Drew Price. ‘Food is the first go-to, but supplementing with a multivit is advisable considering the ups and downs we have in our intake of certain food groups. And, contrary to popular belief, some “artificial” forms of vitamins are more readily used by the body.’

Vitamin D is a prime example. Last summer, the government’s health experts warned there isn’t enough sunlight in the UK to supply the advised levels, so Britons should boost their intake with supplements. Additionally, the Scientific Advisory Committee on Nutrition (SACN) recommends we take 10mcg* daily to reduce our risk of heart disease, diabetes, bone problems and bowel cancer, among others. For men who train, it also boosts immunity and helps lessen inflammation. ‘Studies show athletes perform better with more vit D in the blood,’ Bean adds.

Get your antioxidants from multivitamins

Sticking with vitamins, there are two more that you should be aware of if you’re exercising regularly and hard, especially if your goal is to improve cardio performance or lose weight: vitamins C and E.

‘These are powerful antioxidants that fight oxidative damage,’ says Bean. This is when the conversion of oxygen into energy in the body produces molecules called free radicals that attack healthy cells – and you’re at greater risk if you exercise because you’re using more oxygen, especially if you’re heavily into cardio. Vitamin C also helps the body produce red blood cells and absorb iron, make connective tissue and manage hormones such as adrenaline. But there is a caveat.

‘Evidence suggests that taking very high doses of over 1000mg vitamin C per day can actually impair performance as it blunts the way muscles respond to exercise,’ Bean explains. ‘The RDA is 40mg, but you can safely take 200mg and even up to 1000mg – but don’t exceed that.’

Vitamin E, as well as being an antioxidant, helps speed up recovery after exercise by stopping fatty acids from forming in cell membranes, but again there is evidence that overloading on it can impair performance. ‘The recommended amount is 4mg for men, while 540mg is regarded as the safe upper limit [SUL],’ says Bean.

These are as important as vitamins, and most multivitamin supplements contain a selection of them. Magnesium is vital, especially in packing on muscle. ‘Calcium helps a muscle contract, and magnesium helps it relax,’ says sports nutritionist Matt Lovell. ‘There are over 300 known enzyme reactions in the body in which magnesium is co-dependent, and it plays a key role in calcium metabolism and preventing calcification – the accumulation of calcium salts in tissue that can clog arteries. There’s less magnesium in our diets now due to farming methods – it’s not added to soil as it once was – and it’s vital for intense exercise, as you lose it in sweat.’ Price adds, ‘Magnesium can also improve sleep quality,’ which means it’s a good idea to take it at night. ‘The RDA is 300mg for men, but athletes may benefit from a little more: 400mg is safe and beneficial.’

Intense exercise can actually cause iron deficiency. ‘Iron is important for making haemoglobin, compounds in red blood cells that carry oxygen to muscles,’ says Bean. But it is often lacking in endurance athletes. ‘Mo Farah will have low iron,’ says Lovell. ‘Get tested to see exactly the intake you need – too much can be dangerous and lead to inflammation.’

Zinc is another mineral we can be deficient in, but shouldn’t have an excess of. ‘It’s known as the “male mineral” as it boosts testosterone, and is particularly beneficial if you lift heavy weights,’ says Lovell. The RDA is 5.5-9.5mg for men, but you can take up to 25mg per day. But be aware: ‘These days it’s added to sports drinks and recovery bars, so it’s easy to go over the top,’ says Lovell.

Finally, potassium is key, whatever your exercise goals. ‘It works with sodium to balance water flow in and out of cells,’ says Price. ‘We’re just big sacks of water with  chemical reactions happening inside us, so fluid balance is key to just about everything, performance included. The RDA is 3500mg per day, and about 95% of potassium is inside cells; the body has quite elaborate systems to hold on to it.’ For that reason, the SUL is 3700mg – only 200mg above the RDA. All the HFM experts agree consuming up to the safe upper limits of vitamins (see How Much?, above) can benefit health, especially if you’re exercising.

Now go and get what you need to help you support your health and fitness goals – you should at least feel more substantial than a big sack of water.